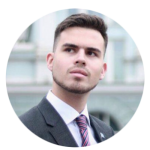 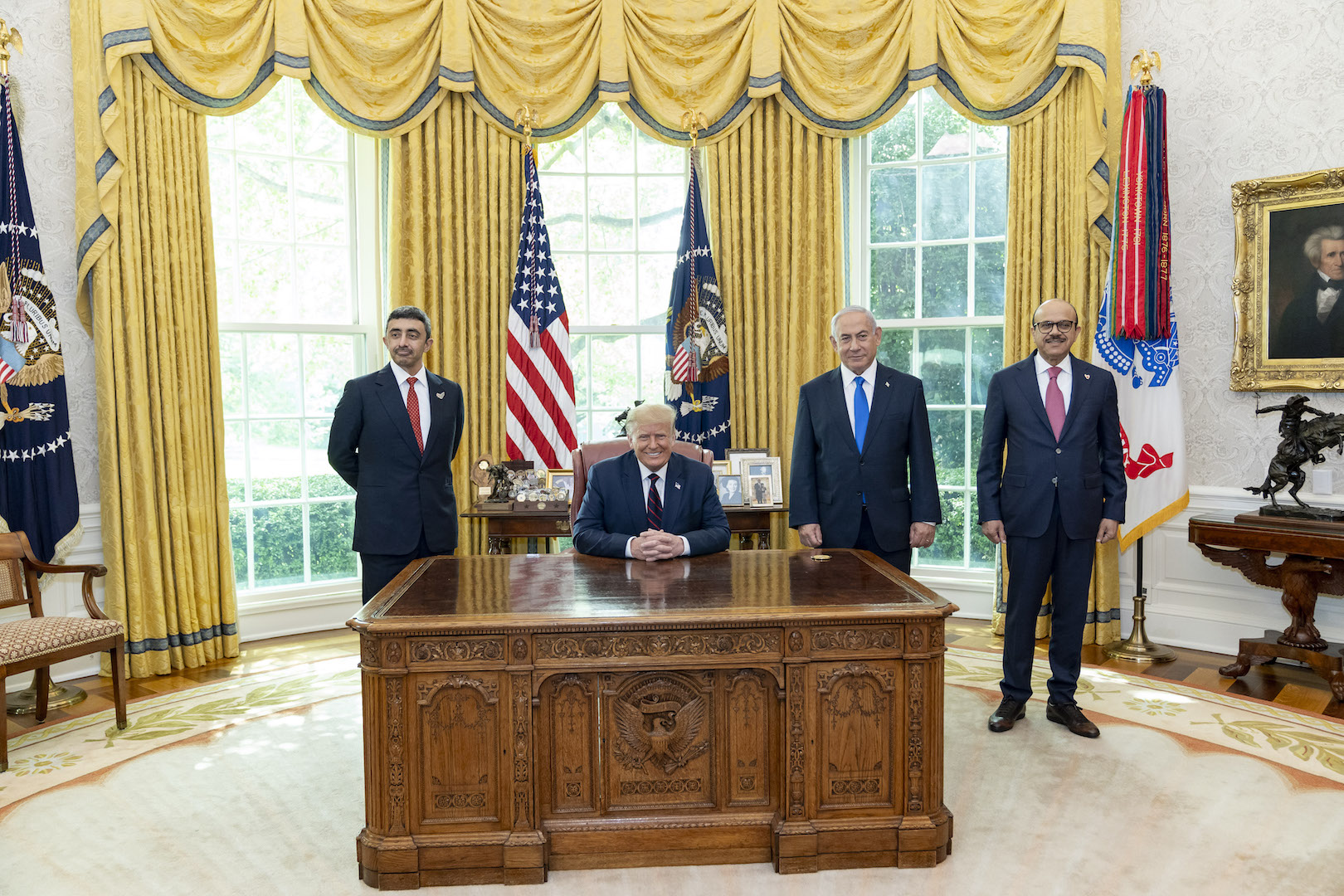 The presidency of the 45th President of the United States may be ending in confusion, but the Trump administration has nevertheless played a key role in the Middle East in recent months by facilitating negotiations between Israel and several countries in the Arab world. What are the stakes of these diplomatic negotiations at the twilight of a presidency?

The storming of the Capitol by supporters of Donald Trump while Joe Biden’s election was being validated by Congress sent a shockwave not only in the United States, but also across the world, with many leaders and officials condemning the events and the role played in them by the outgoing president.

While there is no doubt that this failed coup will stain the Republican President’s legacy, it should be noted that in terms of foreign policy, the Trump administration has had a great deal of diplomatic activity in the MENA region (Middle East and North Africa) since August, whose impact and possible consequences will be long lasting.

Donald Trump did not wait the end of his term to take an interest in the region, which has been of paramount importance to all American administrations since the end of the Second World War, even if his strategy – or lack of – surprised a number of experts. First, there was the strike on the Syrian air force base of Al-Chaayrate on the night of April 6-7, 2017, which was followed by a withdrawal of troops from the war-torn country, the United States thus leaving the initiative to Russia in Syria. According to Rüdiger Lentz, executive director of the German branch of the Aspen Institute, an American think tank, “the United State’s withdrawal from Syria has helped Russia place itself in a hegemonic position in the region.”

The Trump administration’s policy stamp in the region was also felt with the 2017 recognition of Jerusalem as the capital of Israel, a fact that is disputed by most countries, which have their embassies in Tel Aviv.

Then came the ever-present Iranian question, a priority for the President and especially for his former national security adviser, John Bolton. This was notably illustrated by the United States’ withdrawal from the Iran nuclear agreement in 2018 and the targeted assassination of Iranian General Soleimani a year ago.

Among Donald Trump’s initiatives in the region, it is also worth mentionning his Israeli-Palestinian conflict peace plan, presented by his son-in-law and adviser Jared Kushner in January 2020. The plan provided with a two-state solution including a road tunnel to link the Gaza Strip to the West Bank, but gave Jerusalem in its entirety to Israel and would formalize many Israeli settlements in the West Bank, which would go against international law. While Israeli Prime Minister Benjamin Netanyahu welcomed the proposal, dubbing it “the deal of the century”, it provoked an outcry on the Palestinian side – Palestinian Authority President Mahmoud Abbas calling it “the slap of the century” – as well as for most of the international community with many observers stressing “a lack of impartiality.”

While Trump’s “Peace Plan” was not successful, his administration would still be able to leave a lasting mark on diplomatic relations in the region. Actually, since September, a series of countries in the Arab world have established diplomatic relations with Tel Aviv, therefore breaking away with the “3 no’s policy” (“no peace with Israel, no negotiations with Israel, no recognition and ‘upholding the rights of the Palestinian people in their nation’ ”), which has been, with the Egyptian and Jordanian exceptions put aside, the Israel policy of the Arab world since the 1967 Khartoum summit.

Thus, on September 15, Bahrain and the United Arab Emirates recognized the Hebrew state, by signing with Israel the “Abraham Accords”, normalizing their relations in a ceremony held at the White House. US Secretary of the Treasury Steven Mnuchin stressed that these agreements represented “a great opportunity for the economies of the countries concerned, especially in the field of technology. “

If economic incentives have had their effect on Manama and Abu Dhabi in normalizing relations with Israel, in addition to a geopolitical context of mistrust vis-à-vis the common adversary for these countries which is Iran, Washington’s diplomatic levers have been all the more stronger on countries with smaller economies than the Gulf monarchies, such as Sudan and Morocco.

Regarding Sudan, it was first in October that Donald Trump announced from the Oval Office, surrounded by his ministers, that the African country was going to normalize its relations with Israel. As an incentive for Khartoum, Washington promised, in return for this recognition, to remove Sudan from its State Sponsors of Terrorism list – which was done in December – as well as to facilitate US $ 1 billion of annual aid through the World Bank. Trump tweeted that this agreement was a “huge victory for the United States and for world Peace”, and that “others will follow!” “

These promises were inked when Sudan officially acceded to the “Abraham Accords” during Mnuchin’s visit to Khartoum on January 6, 2021.

This third normalization was followed by Morroco’s, which was announced by the White House on December 10, 2020, and came to life on December 22, with the signing of a joint declaration between Tel Aviv and Rabat. In the case of Morocco, the “transaction” carried out involved the recognition by Washington of Rabat’s sovereignty over Western Sahara, a major diplomatic objective for the Sharifian Kingdom, in exchange for the establishment of diplomatic relations between the latter and the Hebrew State.

This latest normalization was followed by a number of comments from world officials, notably in relation to the recognition of Rabat’s sovereignty over Western Sahara, a former Spanish colony that has been claiming its independence for more than 40 years. While UN Secretary General Antonio Guterres “welcomed the agreement”, he nevertheless reserved his judgment concerning Western Sahara. For her part, Spain’s Foreign Minister Arancha González Laya said that “the country welcomes the normalization of relations”, but rejects the recognition by the United States of Morocco’s claim to its former colony. Similarly, Moscow welcomed the agreement between Israel and Morocco, but condemned the recognition of Moroccan sovereignty over Saharawi territory, claiming that “it violated international law”.

On the other hand, a normalization of relations with Israel did not come on time for the Trump presidency, that would have been a resounding diplomatic achievement: Saudi Arabia’s. The Wahabbite Monarchy was, however, a prime target, as US Secretary of State Mike Pompeo said last October: “We hope Saudi Arabia will also consider normalizing its relations (with Israel), and we want to thank them for the help they have provided so far in the success of the Abraham accords “, at the same time, underlining Riyadh’s contribution to the success of these negotiations.

Either way, these recent deals put Israel in a privileged position when it comes to the regional geopolitical context, and it remains to be seen whether the Biden administration will continue on this path, even if the opposite would be surprising, given the bi-partisan importance of relations with Israel for American politics.

When it comes to Trump’s legacy in the Middle East, beyond the “Abraham Accords,” the only certainty is that the experts in the field won’t agree. The debate is open between those, like Steven A. Cook – a columnist for Foreign Policy magazine – who consider that the strategy of the outgoing president was “incoherent” and blame him for a loss of influence of Washington in the region, and others, who salute Trump’s ability to “strike deals” and consider worth noting that he is one of the only recent US presidents not to have launched wars in the region.

The opinions expressed in this article are those of the author and do not commit the Swiss Diplomacy Student Association.