Diplomacy and COVID-19: from uncoordinated health measures to the G20 virtual summit with Switzerland’s first participation 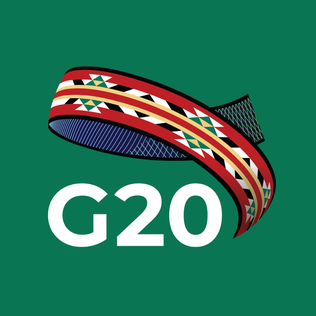 Professor at the European Business School

Despite the global health crisis caused by the pandemic, global diplomacy has continued to function. This was particularly the case for the G20 summit, which saw the Swiss Confederation invited to it for the first time. Throwback to these events.

Diplomacy worldwide, like all other fields of activity, has had to adapt to the Covid-19 pandemic. Since spring 2020, not only have all bilateral and multilateral meetings been canceled or replaced by videoconferences, but ongoing international negotiation processes were de facto suspended, with States focusing on the fight against this new plague undermining the entire national and global economies. It is worth recalling the scale of this unprecedented global crisis: more than 55 million people infected and 1.3 million dead.

The international community has not managed to coordinate health measures intended to contain the pandemic. In Europe, the EU has been unable to manage the fight against Covid-19, leaving member countries to fend for themselves depending on the state of their own situation and the organization of their health system. Health policies have been carried out in a dispersed fashion, going it alone seeming to be the rule observed by states sometimes panicked by the scale of the health crisis.

However, a major diplomatic event did manage to take place at the end of November 2020 in a virtual fashion: the G20 met for three days. Organized by Saudi Arabia, the meetings of heads of state were held online in an unprecedented format but allowing them to face very real challenges and develop a moderate multilateral policy.

The G20 therefore called for solidarity in the face of Covid-19, in particular on the crucial issue of access to vaccines.

The G20 – which brings together the world’s major economies, among which the United States, China, Japan, Germany, the United Kingdom, France, India, Brazil, South Korea, Russia, Australia, Indonesia and Saudi Arabia – accounts for two-thirds of the Earth’s population, 80% of world trade and more than 85% of the wealth produced annually on the planet.

This club of the powerful has looked at the debt of the least developed countries, many of which are threatened with default. The G20 adopted in April a moratorium on the payment of six-month debt service, which runs until June 2021. UN Secretary-General Antonio Guterres has called for a “firm commitment” that this grace period be extended until the end of 2021, which was accepted by the G20.

For the first time, Switzerland was invited to the G20 summit. The President of the Swiss Confederation Simonetta Sommaruga represented our country. She said that the World Health Organization (WHO) must remain the leading organization to fight the pandemic, adding that “we must ensure sustainable and predictable funding for it.” “An effective universal multilateral system is essential,” she added. Because “the pandemic will continue to dominate our lives in the months to come”.